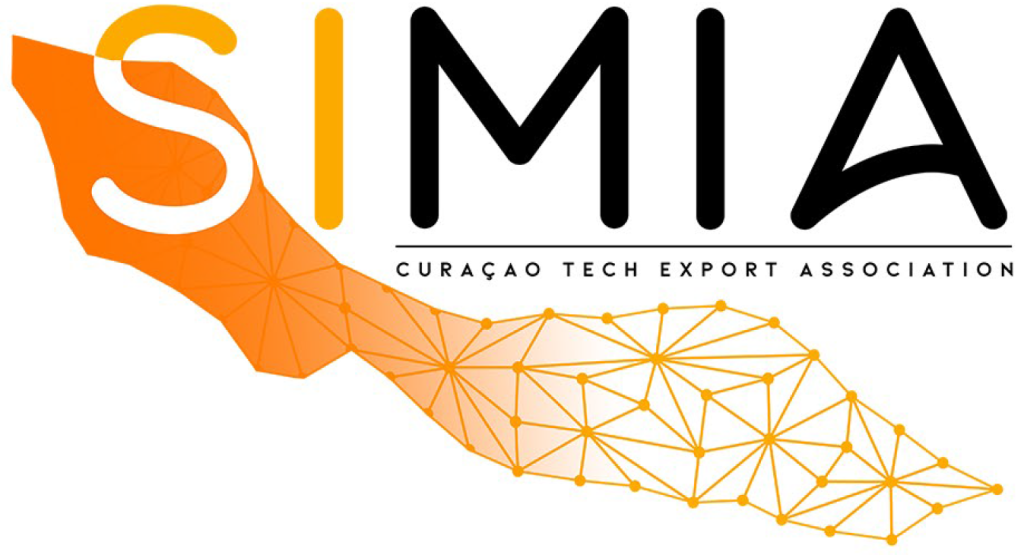 As we are approaching a meeting of Influencers on the 23rd of March where the theme is: From connection and alignment to impactful collaboration”, we were wondering how the collaboration among ICT Companies was fairing.

Could you tell us how far you have come in your endeavors to make the ICT sector the 4th economic pillar since we talked in May 2020?
I think we have come a long way, and we have taken some important steps in the past few months.

We founded the Curaçao Tech Export Association called “SIMIA” officially at the notary in November 2020, so we are now a formal legal entity. SIMIA stands for Software Industry Making Impact Abroad.

One of the biggest achievements we have realized is to have are vision becoming an integral part of the National Export Strategy. The National Export Strategy is an initiative of MEO (Ministry of Economic Development) which aims to develop 6 strategic export sectors for our economy. The ICT sector is one of these sectors and consists of 4 sub sectors: Software development, which is what SIMIA focusses on, is one of the subsectors; The other three subsectors are: ICT Infrastructure, ICT Hosting and ICT Services.

One of the first steps we took is to start talking to as many of the different stakeholders that could play an important role in realizing the vision. Over the past few months. we have spoken to stake holders like:

The Chamber of Commerce: They were very enthusiastic. We will be cooperating especially in jointly holding seminars and also on teaming up on the migration policies needed for developing the digital sector;

VNW (Vertegenwoordiging Nederland in Willemstad): They were very excited and we had some specific follow ups that we agreed upon like we are pending for an appointment with a Mr. Sistermans who played an important role in the development of Brainport Eindhoven.

We have also presented to the Prime Minister and the board of MEO which resulted in the vision of SIMIA becoming an integral part of the export strategy.

We talked to both Rotary clubs and the reactions there were also very encouraging. As the attendees realized the potential of the sector is not only enormous, but also a necessity to survive in the global digital economy, some of them have invited us to present our vision at their respective companies.

We talked to “Negoshi Pikina”, as this foundation is focusing on developing entrepreneurial skills within our community,, one of the key success factors to realize successful new startups in the sector;

We had several sessions with “Think To Do” Institute of Curaçao. They are a think tank taking initiatives to further develop Curaçao and we are now contemplating further collaboration with them;

We have talked to an organization called “World Coders” They are an organization that gives very intensive coding camps in Netherlands and Portugal. During a 14 week program you will learn the necessary skills to become a certified software developer. In Portugal and the Netherlands many successful coding camps have been held already especially aimed towards youngster looking to start a career in IT. We are now looking into how we as SIMIA can collaborate with World Coders to develop our own local coders.

We will be talking to Ministry of Education somewhere soon, with the intention to explain that on the long term the best thing to do is to incorporate “coding” as early as possible in the curriculum of our educational Institutes. So hopefully this will happen soon.

What are the goals of SIMIA?
Our goal is to facilitate the exporting of locally created IT / software products from Curaçao and as such developing the local Digital economy. As such, we want the IT sector to become one of the major economic pillars of Curaçao. One of our next actions will be executing a base line measurement aimed at determining the current contribution the IT sector has to our economy, in terms of GDP, jobs, etc. Based on that we will start putting our targets in place and decide where we want to be 5 years from now in realizing the digital economic pillar. We have already selected a partner to do this research, currently we are rounding up funding. So we are definitely making progress.

What is your strategy as SIMIA in terms of having enough “coders”?
Two things. First of all we need to grow to an economy of scale. Our current 160.000 inhabitants are not enough to create any kind of viable market size for any economy to thrive. So we believe we need to grow to at least 300.000 inhabitants in the coming decades. Now, second of all, if you consider that we have very limited natural resources as Curaçao, per definition, per definition, a big part of our economy should stem from being a knowledge economy, that does not depend on natural resources. That is, if we want to realize any meaningful economic growth. The only thing a knowledge economy needs, is knowledgeable human resources. So in order to grow to 300.000 citizens, we should focus mainly on both producing and attracting top notch knowledge workers onto our Island. That is the only way companies needing knowledge workers will be lured into starting or establishing themselves locally. For the IT sector specifically, this would translate into producing digital knowledge workers: software engineers, architects, coders, testers, analysts, UI/UX designers, network & system engineers, DBA’s, etc. To achieve this, in the long term we are looking for an internationally renowned educational tech institute to establish a satellite on Curaçao. This will also help to establish Curaçao as a knowledge center in the region. In the meantime, maybe a first step could be to organize World Coder camps for our local tech talents but also promote this in the region to attract interested individuals to the island. Once we are able to locally produce these scarce top tech resources in a consistent and sizeable manner, it should also become easier to attract tech companies to set up shop in Curaçao.

Which are the companies participating in SIMIA? And who is in the board of SIMIA?
The board consists of:
Clarck Russel from IBIS (president);

I myself, Andrew Solomon, from ictual, (vice president).

Our current members are Profound, Minubia, Inova, Ibis, Bearing point, 2Share, Celery, HQ rental software, ACTS, and Ictual. Furthermore we have 2 companies currently in the admission procedure for becoming a member. As an association, all of what we envisioned at the start is gaining momentum, but it requires a lot of time and hard work.

One last question, as collaboration is not something natural on the island it seems that the collaboration in the ICT sector that resulted in SIMIA came in a more natural way? Why do you think the collaboration within SIMIA up to now has progressed apparently easier?
Two things: the vision we have is appealing, many participating companies have embraced it and are passionate about making it come true. The other important point is that, as we are focusing on export, we are not competing against each other on the small local market. If the focus had been on the local market, it would have generated a different dynamic and would most probably hindered the true cooperation we have now. The foreign markets are so big, we can all benefit by collaborating to export.

Furthermore I also sense a sort of patriotism: all of us are eager to get Curaçao known to the world for our tech industry.

Thank you for the interview, you have made progress and it all seems to go in a good mutual understanding among the members of SIMIA.
Yes, we have an excellent board and committed members that are passionate for what we are trying to achieve: making the IT sector a major pillar of our economy!